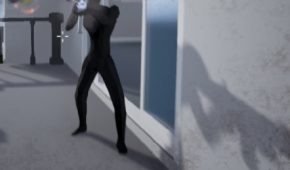 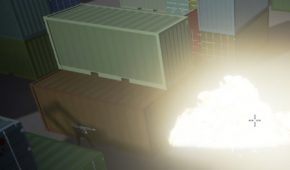 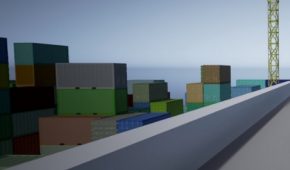 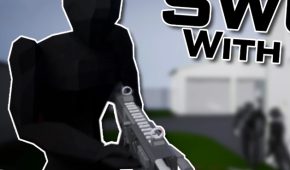 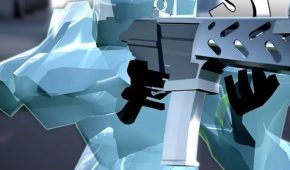 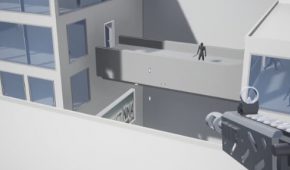 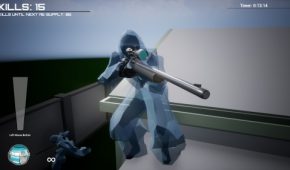 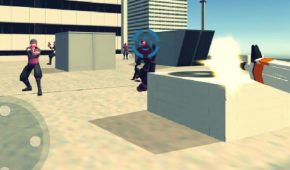 Our world is full of villains. Every minute, they are plotting evil schemes and doing terrible crimes to fulfill their dark goals. Hundreds of people suffer because of their crooked doings. Who will protect their victims? Fortunately, there are fearless and noble ninjas ready to give away their life for the sake of greater good. These valiant fighters are in ideal physical shape; their reflexes are fast and sharp; they can move quieter than a shadow and quicker than a snake. Dedicating their life to the protection of the innocent, they achieve perfection in martial arts and can skillfully use any type of weaponry to eliminate their foes. If you are fascinated with ninja culture and perhaps even dreamed of becoming one of its adepts, a thrilling fighting simulator called Sword with Sauce will make your dreams come true!

The job of a ninja

From time to time, we all need a break from daily routine. After all, there aren’t too many adventures happening to us right in the street. And that’s a good thing! But that doesn’t mean you can’t catch up on it in the virtual world. This game offers you such a possibility. You are about to assume the role of a brave samurai tasked with several incredibly risky missions. Every mission is associated with a different location, so you won’t lack diversity. The area where you are about to restore justice is filled with enemies of different types. Some of them are rather easy to kill, others will take more time to take out. But anyway, you will destroy them all! It’s simply a question of practice – and wisely chosen tactics.

To succeed in the battle, you have to select the right weapons. There are several types of them in the game. First of all, you can choose the basic sword and cut through the ranks of your enemies like a knife through butter. The sword can also be hurled at the opponent and even used to protect you from bullets. Another thing that will come in handy is the shield. It will cover your body from enemy attacks, both in close and distant combat. You can also throw it at your foes and bring down several at a time. However, the most impressive weapon is definitely the machine gun. It inflicts maximum damage, but is also very loud.

You can pick one of two play styles. If you prefer to act quietly, the stealth tactics will be perfect for you. Sneak behind your foes’ backs and finish them one after another before they even realize what’s happening. However, if you long for real action, there is nothing like making a spectacular entrance shooting your gun at anyone who comes near. Of course, things can get messy, but that’s exactly what you want, right?

Sword and Sauce is a fascinating game that will keep you sitting at your PC or frantically tapping your touchscreen for hours. Bright graphics, dynamic and intense gameplay and realistic atmosphere make this shooter a must-play for everyone who enjoys adrenaline-packed virtual adventures!